In a worst case scenario, average surface air temperatures over India could rise by up to 4.4 degrees Celsius by the end of the century as compared to the period between 1976 and 2005, according to the first Assessment of Climate Change over the Indian Region published by the Union Ministry of Earth Sciences (MoES).

The worst case scenario is defined by the Representative Concentration Pathway (RCP) 8.5 that calculates a radiative forcing of 8.5 watt per square metre due to the rising green house gas (GHG) emissions in the atmosphere.

Radiative forcing or climate forcing is the difference between sunlight energy absorbed by the Earth (including its atmosphere) and the energy that it radiates back into space.

Under an intermediate scenario of RCP 4.5, the country’s average temperature could rise by up to 2.4°C. The rise in temperatures will be even more pronounced in the Hindu Kush-Himalayan region where the average could reach 5.2°C. The region is already highly vulnerable to climate-related variability in temperatures, rainfall and snowfall.

Between 1900 and 2018, the average temperatures of India rose by 0.7°C. This rise in temperatures has been largely attributed to global warming due to GHG emissions and land use and land cover changes. But it has also been slightly reduced by the rising aerosol emissions in the atmosphere that have an overall cooling characteristic.

The latest global climate change assessments indicate a rise in world wide average surface air temperatures by 5°C by the end of the century if human activities keep emitting GHGs at the current rate. The global average temperature in the last century has gone up by 1.1°C, according to the latest estimates by the Intergovernmental Panel on Climate Change (IPCC).

Even if the Nationally Determined Contributions declared by countries under the 2015 Paris Agreement are met, the global average temperature could rise by around 3°C, which could be disastrous. The disastrous symptoms of climate change are already visible.

Another significant highlight of the assessment is the projected variability in the rainfall, especially during the monsoon season which brings 70 per cent of the rainfall received by India and is one of the primary drivers of its rural agrarian economy.

The report predicts that monsoon rainfall could change by an average of 14 per cent by 2100 that could go as high as 22.5 per cent. The report does not mention if this change will be an increase or a decrease but still represents variability. It further says that the overall rainfall during the monsoon season has decreased by six per cent between 1950 and 2015.

The assessment also says that in the past few decades, there has been an increased frequency of dry spells during the monsoon season that has increased by 27 per cent between 1981-2011, as compared to 1951-1980.

The intensity of wet spells has also increased over the country, with central India receiving 75 per cent more extreme rainfall events between 1950 and 2015. This means that it either rains too little or too much.

One of the primary examples of this were the monsoon seasons of 2018 and 2019 where dry spells were broken by extremely heavy rainfall spells, creating a flood and drought cycle in many regions in India.

The publication of the climate change assessment itself is significant step for climate science and policy in India.

“India has produced its first IPCC suit of simulations under the CMIP6 protocol for historical simulations and future projections. This is a significant achievement for India,” Raghu Murtugudde, climate scientist at the University of Maryland, US, told Down To Earth.

It is appropriate that India produce its own National Climate Assessment as well. “This is the first important step where existing projections are put in the context of historical trends in land and ocean temperatures, monsoon rainfall, floods, droughts and Himalayan warming and glacier loss,” he added.

The future assessments will have to start documenting the impacts of changes that have already occurred and the impacts that will be caused by future changes if projections come true, according to him. 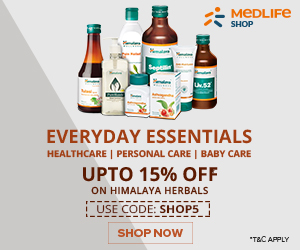