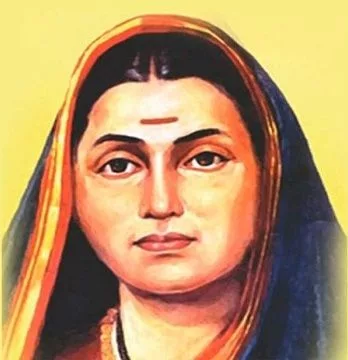 Savitri Bai Phule was the social reformer of the 19th century who worked in the field of women education.

Savitribai Phule was born on 3 January 1831 at Naigaon in Maharashtra’s Satara district.

She was the eldest daughter of Lakshmi and Khandoji Neveshe Patil, both of whom belonged to the Mali community, now an Other Backward Caste (OBC).

At the age of 9, she was married to 13-year-old Jyotirao Phule.

Jyotirao Phule, better known as Jyotiba, was also a social reformer who worked in the field of women education. Jyotirao educated Savitribai at home after their marriage.

Savitribai Phule died on 10 March 1897, while caring for a patient in the clinic she had opened for the treatment of those affected by the bubonic plague.

Social Endeavors and Its Impact

In the 19th century, public education was limited and there were only a few missionary schools which were “open to all”. In this period, Jyotiba, at the age of 21, and Savitri, 17, opened a school for women in 1848.

It was the country’s first school for women started by Indians.

She also took teacher’s training course at an institute run by an American missionary in Ahmednagar and in Pune’s Normal School.

She then started teaching girls in Pune’s Maharwada.

By the end of 1851, the Phules were running three schools in Pune with around 150 girl students. The teaching methods at their schools were believed to be better than government schools and soon the number of girls enrolled in Phule’s schools outnumbered that of the boys in government schools.

In 1849, Jyotiba and Savitri Bai left their family home as their acts were considered against the society by their family.

They stayed with the family of a friend, Usman Sheikh, where Savitribai met Fatima Begum Sheikh.

Fatima Sheikh along with Savitribai went to the Normal School and they both graduated together. She was the first Muslim woman teacher of India.

In the 1850s, the Phule couple initiated two educational trusts—the Native Female School, Pune and The Society for Promoting the Education of Mahars, Mangs and Etceteras—which came to have many schools under them.

She published Kavya Phule in 1854 and Bavan Kashi Subodh Ratnakar in 1892. In her poem, Go, Get Education, she urges the oppressed communities to get an education and break free from the chains of oppression.

In 1852, Savitribai started the Mahila Seva Mandal to raise awareness about women’s rights. Savitribai called for a women’s gathering where members from all castes were welcome and everybody was expected to sit on the same mattress.

She simultaneously campaigned against child marriage, while supporting widow remarriage.