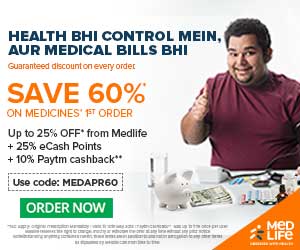 The Rock Shelters of Bhimbetka are in the foothills of the Vindhyan Mountains on the southern edge of the central Indian plateau. Within massive sandstone outcrops, above comparatively dense forest, are five clusters of natural rock shelters, displaying paintings that appear to date from the Mesolithic Period right through to the historical period. The cultural traditions of the inhabitants of the twenty-one villages adjacent to the site bear a strong resemblance to those represented in the rock paintings.

There is widespread evidence from nearly all over India of the workmanship of the Homo erectus, the earliest human ancestor, in the form of Palaeolithic tools. Direct and indirect evidences so far indicate the earliest presence of this ancestral form in the country approximately 160,000 years ago (based on evidences from the Didwana region, Rajasthan).

About 40 kms from Bhimbetka in the alluvial cemented gravels of the river Narmada at the site Hathnora (district Sehore), a cranium of the the Narmada hominid was found along with a large number of Lower Palaeolithic tools. The evidences together suggest a high density of human occupation in and around the Narmada – at a conservative estimate for the zone – about 100,000 years ago. As all these discoveries have been made from alluvial gravels, they are secondary in nature and do not reveal where they were made and used. Primary sites are rare, and of the Old World those of the Pleistocene Age (28,00,000 BP to 10,000 BP) constitute less than 1 per cent of all discovered sites. Bhimbetka is one such rare primary site. The discovery of Bhimbetka, therefore, is not only of vital significance for the pre-historian but in many ways provides evidences which are unique in the entire world. Set in the Vindhyan range in Madhya Pradesh in central India, the site complex is an integral part of the natural undulating formation with an undisturbed geo-morphological character and eco-system – spread over the seven low sedimentary hills of Bineka, Bhonrawali, Bhimbetka, Lakha Juar (East), Lakha Juar (West), Muni Baba ki Pahari and Jaora. Massive naturally sculpted rock formations through wind erosions crest the Bhimbetka hill making it an easily identifiable visible landmark for kilometres around. Covered with protected forests and waterways of the Ratapani Wildlife Sanctuary, within the northern periphery of which the site falls, are found natural clusters of rock shelters integrated with the landscape spread over the upper parts of the hills which exhibit a history and evolution of man through several cultural layers.

While the contents of the shelters have revealed a continuity, elements of these are also observed in the continuing traditional expressions in the lifestyles of the surrounding adivasi settlements of the Gonds, Pradhans and the Korkus. The site complex is a magnificent repository of rock paintings within natural rock shelters with archaeological evidences of habitation and lithic industry, from the Palaeolithic and Mesolithic periods through the Chalcolithic to the Mediaeval period. Some of the world’s oldest floors and walls have been found here. All of these have remained, providing an undisturbed continuous sequence of history of Stone Age cultures to the historical period. A consistent use of these shelters over this long span of time, apart from habitational deposits, is also indicated by paintings which have been superimposed on earlier existing ones, by inscriptions between the second century BC and seventh century AD, and more recently, by paintings of the Mediaeval period.