In 2015, in anticipation of the launch of the SDGs, the World Health Organization (WHO) and partners released a consensus statement and full strategy paper on ending preventable maternal mortality (EPMM).The EPMM target for reducing the global maternal mortality ratio (MMR) by 2030 was adopted as SDG target 3.1: reduce global MMR to less than 70 per 100 000 live births by 2030. WHO leads the UN Maternal Mortality Estimation Interagency Group (MMEIG) composed of WHO, UNICEF, UNFPA, the United Nations Population Division, and the World Bank Group.

The MMEIG is tasked with generating internationally comparable estimates of maternal mortality for the purposes of global monitoring, having done so for Millennium Development Goal reporting and will continue to do under the Sustainable Development Goals framework. Monitoring maternal health is widely seen as one of the most complicated health indicators within global frameworks. Significant unfinished business and challenges remain with estimating MMR; primarily due to the availability and usability of population based data on maternal death.

The maternal mortality ratio (MMR) is defined as the number of maternal deaths during a given time period per 100,000 live births during the same time period. It depicts the risk of maternal death relative to the number of live births and essentially captures the risk of death in a single pregnancy or a single live birth. Maternal deaths: The annual number of female deaths from any cause related to or aggravated by pregnancy or its management (excluding accidental or incidental causes) during pregnancy and childbirth or within 42 days of termination of pregnancy, irrespective of the duration and site of the pregnancy, expressed per 100,000 live births, for a specified time period. Live birth : The complete expulsion or extraction from its mother of a product of conception, irrespective of the duration of the pregnancy, which, after such separation, breathes or shows any other evidence of life such as beating of the heart, pulsation of the umbilical cord, or definite movement of voluntary muscles, whether or not the umbilical cord has been cut or the placenta is attached. (ICD-10) International reporting of maternal mortality For the purpose of international reporting of maternal mortality, only those maternal deaths occurring before the end of the 42-day reference period should be included in the calculation of the various ratios and rates. The recording of later deaths is encouraged to inform national, regional, and global understanding of these events 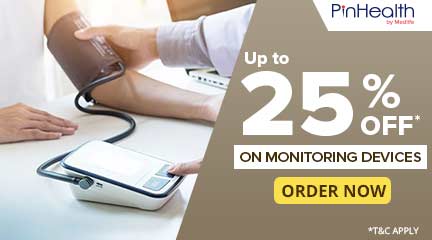 The maternal mortality ratio can be calculated by dividing recorded (or estimated) maternal deaths by total recorded (or estimated) live births in the same period and multiplying by 100,000. Measurement requires information on pregnancy status, timing of death (during pregnancy, childbirth, or within 42 days of termination of pregnancy), and cause of death. Maternal mortality ratio = (Number of maternal deaths / Number of live births) X 100,000 The maternal mortality ratio can be calculated directly from data collected through vital registration systems, household surveys or other sources. However, there are often data quality problems, particularly related to the underreporting and misclassification of maternal deaths. Therefore, data are often adjusted in order to take into account these data quality issues. Adjustments for underreporting and misclassification of deaths and model-based estimates should be made in the cases where data are not reliable. Because maternal mortality is a relatively rare event, large sample sizes are needed if household surveys are used. This is very costly and may still result in estimates with large confidence intervals, limiting the usefulness for cross-country or overtime comparisons.   To reduce sample size requirements, the sisterhood method used in the DHS and MICS (round 4 and 5) surveys measures maternal mortality by asking respondents about the survival of sisters. It should be noted that the sisterhood method results in pregnancy-related mortality: regardless of cause of death, all deaths occurring during pregnancy, birth, or the six weeks following the termination of the pregnancy are included in the numerator of the maternal mortality ratio. Reproductive Age Mortality Studies (RAMOS) is a special study that uses varied sources, depending on the context, to identify all deaths of women of reproductive age and ascertain which of these are maternal or pregnancy-related.