Sarnath, Varanasi is known for two things: Buddha gave his first sermon and for the Ashoka Pillar.

In ancient times, this place was known by many names — Rishipatana, Mrigadava and Mrigadaya. The word Sarnath comes from a corruption of the name Saranganatha (lord of deer).

The ashes of the Buddha were buried in stupas built at locations associated with important events in the Buddha’s life including:

Lumbini (where he was born), Bodh Gaya (where he achieved Enlightenment), Deer Park at Sarnath (where he preached his first sermon sharing the Four Noble Truths (also called the dharma or the law), and Kushinagara (where he died).

The choice of these sites and others were based on both real and legendary events. 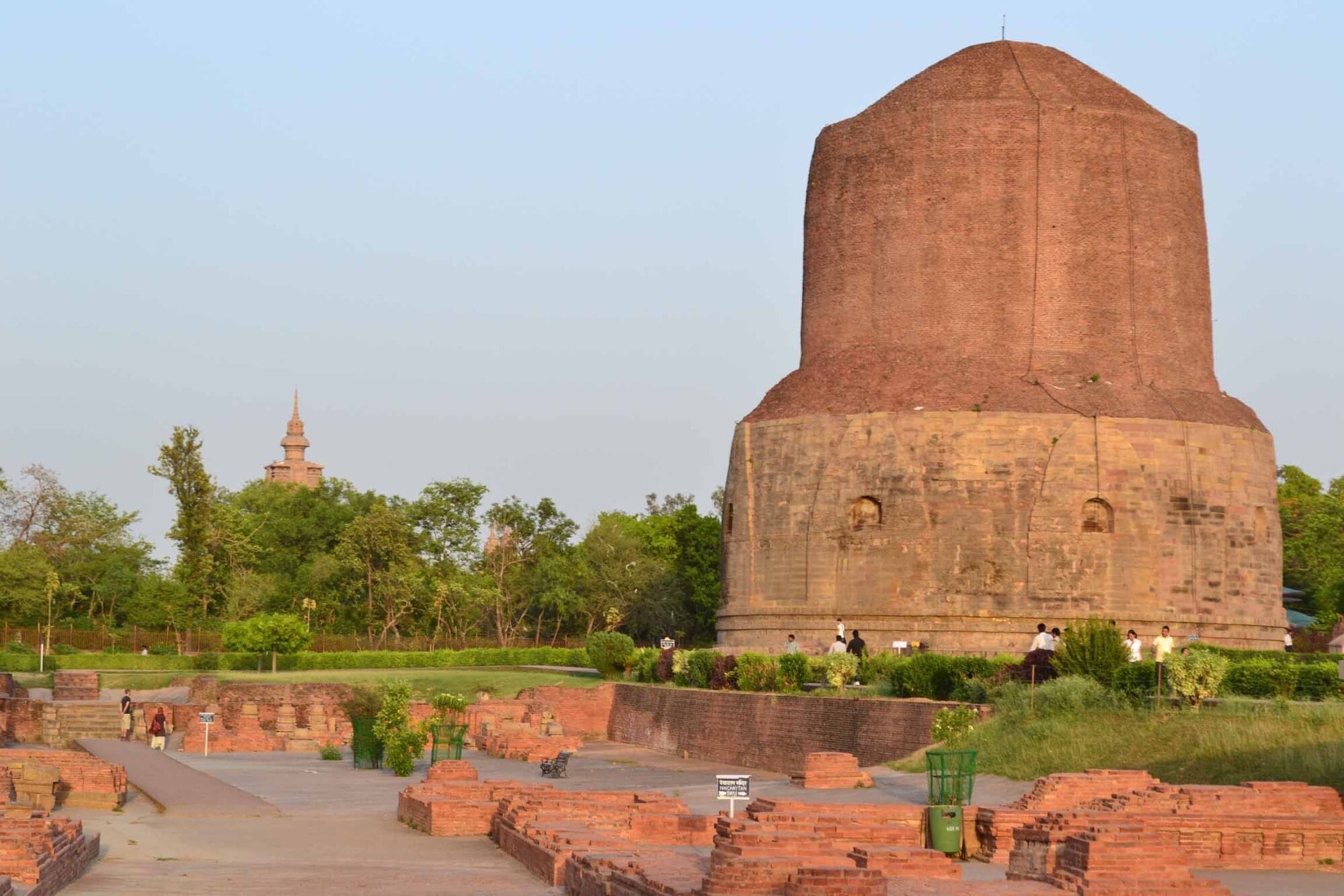 Two hundred years after Buddha, the Mauryan emperor, Ashoka, fought the battle of Kalinga and, disgusted by the bloodshed, became a Buddhist.

Ashoka built many beautiful stupas and monasteries in Sarnath.

Sir Alexander Cunningham (First Director-General of Archaeological Survey of India), excavated the Dhamekh, Dharmarajika, and Chaukhandi stupas along with a monastery and temple between 1834 and 1836.

Many excavations followed these, the most famous among them being the 1904-05 excavation by Friedrich Oscar Oertel of the Ashoka Pillar, including the Lion Capital.

Dharmarajika stupa is the one said to have been built by Ashoka to commemorate Buddha’s first sermon.

After Ashoka, the other rulers who added to Sarnath’s glory were the Kushans, the Guptas and Harshavardhana.

Under the Guptas, the Dhamekh stupa (synonymous with Sarnath) was encased with stone-carved floral designs.

Sarnath suffered from the Huna invasions, but Harshavardhana later restored some of the earlier buildings. The Chinese pilgrim Hiuen-Tsang (602-664) left detailed accounts of the Dharmarajika stupa and Ashoka’s lion pillar.

Sarnath also suffered when it was attacked by Mahmud of Ghazni in the 11th century. After that, Mahipala, the Pala king, restored the monuments.

The last great monument of Sarnath, a monastery named Dharmachakra Jina Vihara was built in the 11th century by Kumaradevi, wife of Govindachanda of the Gahadavala dynasty.