The report has analysed poaching and illegal trade of the species for the ten-year period from July 2010 to June 2019.

The animal has been hunted for meat and fur, besides illegal capture for the pet trade.

An estimated 14,500 animals are left in the wild across Nepal, Bhutan, India, China and Myanmar.

The report has indicated that the traditional demand for red panda meat and related products has reduced over time.

Also, the reduction in poaching and illegal trade of red panda is indicative of the success of awareness campaigns about the conservation of the species.

Community-based conservation and protection for the species as its habitat stretches across remote areas.

SAWEN was formally established at an inter-governmental meeting hosted in Paro (a town in Bhutan) by the Royal Government of Bhutan, in January 2011.

It aims to establish multilateral collaboration to fight wildlife crime in the region. 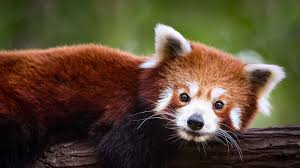 The red panda is a small reddish-brown arboreal mammal.

The only living member of the genus Ailurus.

It is also the state animal of Sikkim.

It is listed as Endangered in the IUCN red list of Threatened Species and under Schedule I of the Indian Wildlife (Protection) Act, 1972.

It is found in the forests of India, Nepal, Bhutan and the northern mountains of Myanmar and southern China.

It thrives best at 2,200-4,800m, in mixed deciduous and conifer forests with dense understories of bamboo.

In India, About 5,000-6,000 red pandas are estimated to be present in Sikkim, western Arunachal Pradesh, Darjeeling district of West Bengal and parts of Meghalaya.

Red pandas have been reported from 11 districts of Arunachal Pradesh, which is presumed to hold the largest red panda population in the country.

TRAFFIC is a leading non-governmental organisation working globally on trade in wild animals and plants in the context of both biodiversity conservation and sustainable development.

It is a joint program of WWF and IUCN – the International Union for Conservation of Nature created in 1976.