Researchers at the IIIT Hyderabad said that the first ever Indian Brain Atlas (IBA) has been created. They stated that the next step is to prepare atlases for different age groups to study age related affects on brain anatomy.

The average brain size of an Indian was smaller in height, width and volume in comparison to people of the Caucasian and eastern races.

The immediate implication of this finding can be seen in treatment outcomes of neurological problems or brain related ailments – like dementia, Alzheimer’s disease, Parkinson’s disease etc.

Medical practitioners depend on Magnetic Resonance Imaging (MRI) scan to decide on the line of treatment. The references they use are the one’s created by the Montreal Neurological Institute (MNI), based on Caucasian brains.

“With the revelations on the Indian brains, the differences in the MRI scans that can emerge by the comparisons (since Indian brains are smaller than Caucasian) can look alarming and lead to misdiagnosis,” said Jayanthi Sivaswamy, leader of the team from the International Institute of Information Technology(IIITH), Hyderabad.

The earliest known brain atlas, the Talairach and Tournoux atlas, was created by manually drawing post-mortem brain sections of a 60-year-old French woman.

It was in 1993 that the MNI and the International Consortium for Brain Mapping (ICBM) created the first digital human brain atlas. More recently, MNI and ICBM have released other brain atlases that are widely used as a standard in neuroscience studies. However, these ‘standard’ brain templates created using Caucasian brains are not ideal to analyze brain differences from other ethnicities, such as the Indian population.

It was to demonstrate these inherent differences that IIITH researchers led by Jayanthi Sivaswamy from the Centre for Visual Information Technology in collaboration with the Department of Imaging Sciences and Interventional Radiology, Sree Chitra Tirunal Institute for Medical Sciences and Technology, Thiruvananthapuram, undertook the construction of the Indian human brain atlas. 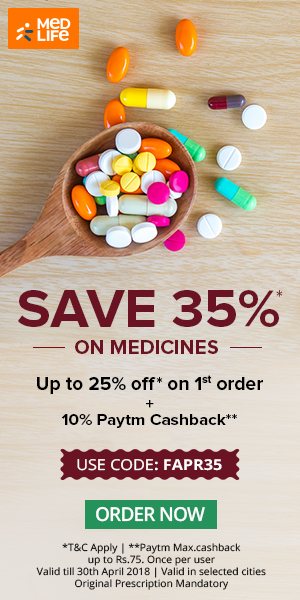 On why they undertook the research, Sivaswamy saiid, “I’ve been working on medical imagery for a while now. And we know medical images play a big role in diagnosis. The idea of building our own Indian brain atlas came from a neuro-radiologist at the Sree Chitra Tirunal Institute. He was remarking that it is the MNI template that comes typically loaded in the MRI scanning machines, leaving us bereft of normative information.”

MRI images taken are compared with the pre-loaded MNI template to arrive at a diagnosis, and are likely to lead to a misdiagnosis. While even Chinese and Korean brain templates had been constructed, there was no corresponding template constructed for the Indian-specific population, she added.

The first attempt by the IIITH team at creating an Indian-specific brain atlas involved 50 subjects, evenly balanced out across genders. MRI scans of these subjects’ brains were taken at three different hospitals across three different scanners to rule out variations found in scanning machines. Emboldened by the results of the pilot study, the team went on to recruit 100 willing participants in the eventual construction of the Indian Brain Atlas, referred to as IBA 100.

From birth, the brain grows at an alarming rate. But according to most experts, it is around age 20-30, that the brain is said to be fully developed, or ‘mature’. Hence the scans collected were from an equal number of healthy male and female subjects who fell in the age group of 21-30 years, considered as the baseline.

The constructed altas was validated against the other atlases available for various populations. It was found that the Indian brain on average is smaller in height, width, and volume as compared to the western (MNI) as well as the eastern population (Chinese and Korean).

These differences are found even at the structure level, such as in the volume of the hippocampus and so on. But overall, the IBA 100 is more comparable to the Chinese and Korean atlases than the distant Caucasian one (MNI).

Does having a bigger brain make one more intelligent or smarter? Is there a correlation between having a larger brain size and intelligence?

The common refrain of somebody very intelligent referred to as ‘Big Brain’ notwithstanding, the jury is still out as far as scientists, especially neurologists are concerned on the size of the grey matter.

If brain size is the true measure intelligence then the genius like Albert Einstein, who was reportedly endowed with an average size brain, would not have made such profound discoveries, argue some scientists.

The general notion and understanding now among the scientific community looks like “Having a big brain is somewhat predictive of smartness, but intelligence could possibly depend more on how different parts of the brain communicate with each other and positively react”.

Sivaswamy admits that it is desirable to build a larger atlas with a greater heterogeneous mix of subjects to account for diversity, even in terms of educational qualifications. But currently the team’s focus is to understand the aging process itself.

“There are many changes that take place in a brain due to advancing age, with the most typical one being atrophy or shrinking of structures. In the case of dementia or Alzheimer’s, they are associated with atrophy of the hippocampus,” explains Sivaswamy.

To understand this better PhD student, Alphin Thottupattu is collecting MRI scans to create brain atlases for different age groups, like 20-30, 30-40, 40-50 and 50-60. This will be beneficial to track the brain and see how it ages over time and in the long run understand dementia, Alzheimer’s, Parkinson’s etc.