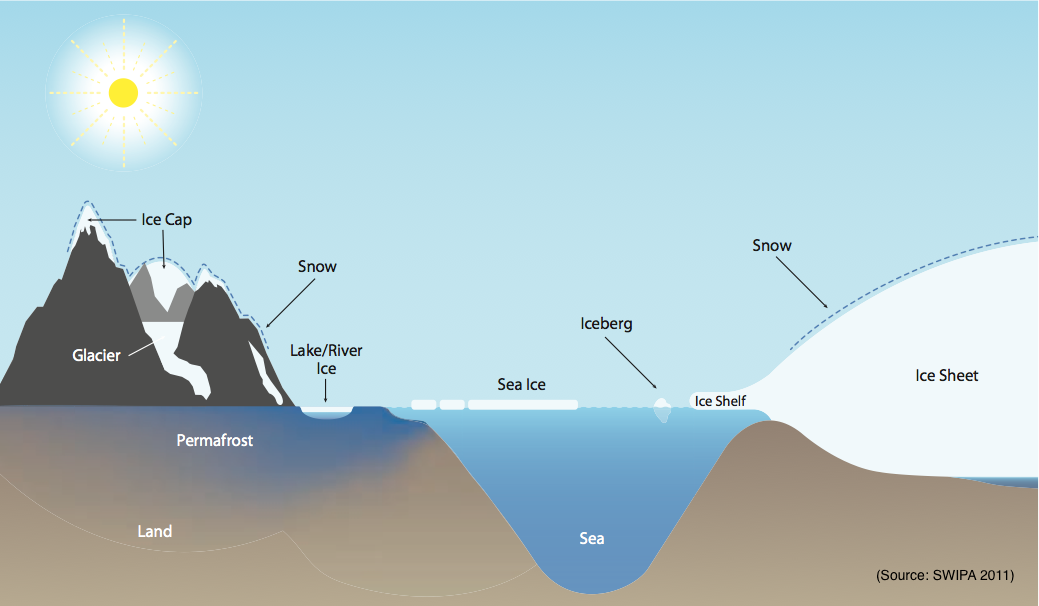 The most ambitious Arctic research expedition called  Multidisciplinary Drifting Observatory for the Study of Arctic Climate (MOSAiC)has recently been initiated. Frozen in the Arctic sea ice, scientists from 17 nations will conduct research at the epicentre of climate change on board the German research icebreaker RV Polarstern for an entire year.

A major new report- Special Report on the Ocean and Cryosphere in a Changing Climate, predicts extreme sea level events that used to occur once every hundred years will occur at least once a year in many regions around the world by 2050.

Historical records suggest that Arctic sea ice began to decline around 1900, with a more accelerated ice loss since the 1950s. Since 1979, satellite records have confirmed an overall decline in summer sea ice coverage of around 13% per decade.

Although fears that Arctic sea ice would reach a ‘tipping point’ and rapidly disappear currently seem to be unfounded, the mainstream view of scientists is that we will see ice-free summers in the Arctic ocean within the next few decades.

The Greenland ice sheet has been found to be losing ice mass over the last twenty years, and this ice loss is becoming faster.

Antarctic ice consists of a land mass topped by an ice sheet and surrounded by sea ice. Antarctic sea ice extent is increasing at around 1% per decade, thought to be caused by shifting weather patterns reacting to changes in ozone, high in the atmosphere.

The 2007 IPCC report concluded that the Antarctic ice sheet was most likely losing ice overall – with the Antarctic Peninsula (in the west of the continent) warming and the eastern continental interior cooling slightly.

Due to higher pace of climate change the pace of melting of cryosphere has also increased which is posing immense danger on various aspects of human life.

The areas of snow or ice, which are subject to temperatures below 32°F for at least part of the year, compose the cryosphere. The term “cryosphere” comes from the Greek word, “krios,” which means cold.

The other part of the cryosphere is ice that is found in water. This includes frozen parts of the ocean, such as waters surrounding Antarctica and the Arctic. It also includes frozen rivers and lakes, which mainly occur in polar areas.

Why is Cryosphere significant?

Acting like a highly reflective blanket, the cryosphere protects Earth from getting too warm. Snow and ice have a high “albedo,” which means that they reflect a significant amount of solar radiation back into space. Snow and ice can reflect between 80-90% of incident solar energy, while vegetation and soils reflect as little as 20-30%. Sunlight that is reflected back into space does not get absorbed by the Earth as heat. A high albedo, then, is an important cooling factor in the global climate system.