It wears down the softer layer leading to formation of irregular edges on alternate bands of softer & harder rocks.

Such rock pillars will be further eroded near their bases where friction is greatest. 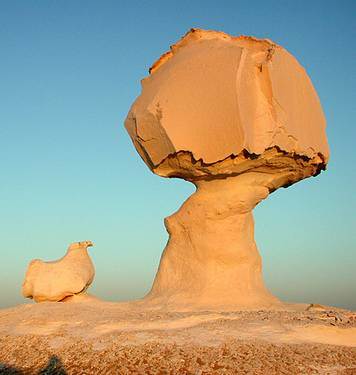 Difference in erosional effect of the wind on soft & resistant rock surfaces, carve them into weird looking ridge & furrow landscape

Zeugen may stand 10 to 100 feet above the sunken furrows

Yardangs looks quite similar to Zeugen but instead of lying in horizontal starta upon one another, the hard & soft rocks of Yardangs are vertical bands

Rocks are aligned in the direction of prevailing winds.

Mesa is a flat, table like land mass with a very resistant horizontal top layer & very steep sides, may be formed in canyon region.

The hard stratum on the surface resist denudation by both wind & water thus protects the underlying layer of rocks from being eroded.

Continuous denudation through ages may reduce Mesas in area so that they become isolated flat topped hills called Buttes.

Many of which are separated by deep gorges & canyons.

They are often composed of granite or gneiss

Are probably relics of an original plateau, which has been almost entirely eroded away

Smoothened on windward side

If wind direction changes another facet is developed.

Among the ventifacts, those with the three wind faceted surfaces are known as Dreikanter. 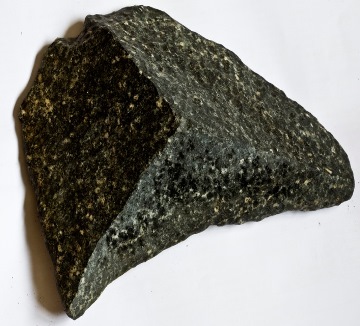 Similarly, minor faulting can also initiate depressions which along with the eddying action of oncoming winds will wear off the weaker rocks until water table is reached.

Water then seeps out forming oasis or swamps in deflation hollows or depressions.

Large areas in western USA, was stripped of their natural vegetation & was completely deflated by strong winds, that moved materials as dust storms & creating what is now known as Great dust bowl.