There are few practices or skills such as folklores, customs, beliefs, traditions, knowledge or a form of expression which constitute the nonphysical intellectual property in contrast to the tangible heritage elements like artifacts and objects. These practices, representation, expression, knowledge or skills which are a part of a place’s cultural heritage are called intangible cultural heritage (ICH). UNESCO has established a list of such heritages to ensure that they are better protected and their significance is spread worldwide.

This list established in 2008, is published by the Intergovernmental Committee for the Safeguarding of Intangible Cultural Heritage, the members of which are elected by state parties meeting in a General Assembly. India known as the land of culture and heritage has 13 cultural heritages in the UNESCO’s intangible cultural heritage list. Kutiyattam, one of India’s oldest living theatrical traditions, is a Sanskrit theatre practiced in the province of south-Indian state Kerala. Performed traditionally in theatres called Kuttampalams in the temples, the art form originated more than 2,000 years ago. An amalgamation of Sanskrit classicism with local traditions of Kerala, it uses expressions of eyes and hand gestures to express the thoughts and feelings of the main character. The theatre has been facing crisis due to lack of funding.

The Vedic scriptures composed over 3,500 years ago embody one of the world’s oldest surviving cultural traditions. The chanting of these sacred rituals in Sanskrit by the Vedic communities are not only rich in oral literature content and an ingenious technique practiced by a community of Brahmin priests. Only thirteen of the over one thousand Vedic recitation branches stand now. 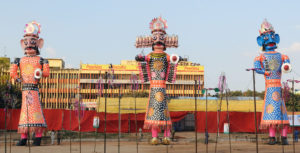 Ramlila is the traditional performance of the epic Ramayana with a series of songs, narration, dialogue and acting seen mostly in north India during the festival of Dussehra. The most well-known representations are those performed in Sattna, Vrindavan, Varanasi and Ramnagar. While it is still observed in a grand manner in some parts, it seems to have been affected by the popularity of television.

Ramman, a religious festival and ritual theatre in honour of the tutelary god, Bhumiyal Devta is prevalent in Garhwal Himalayas in the twin villages of Saloor-Dungra in Uttarakhand. Bringing together people from all castes and occupations, the event has distinctive roles for everyone. Being bound by its geography, the community in order to remain viable has set their priority in promoting its transmission.

A ritual dance drama from the south-Indian state of Kerala, Mudiyettu tells the mythological tale of the battle between goddess Kali and the demon Darika. A ritual observed after harvest of summer crops, Mudiyettu brings the entire village together for celebration and also serves as a site for transmission of traditional values, ethics and moral codes of the community to the next generation. 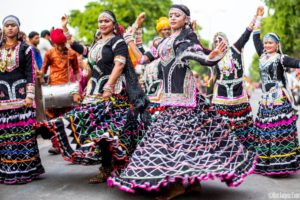 A folk song and dance form of a traditional community in the west-Indian state of Rajasthan, Kalbelia songs spread mythological knowledge through stories accompanied by traditional dance. Through this art form, the community also attempts to revitalise its cultural heritage in the changing socioeconomic environs.

This traditional dance from east India presents episodes from epics like Ramayana and Mahabharata, local folklore and also abstract themes. Influenced by indigenous forms of dance and martial practices, it has three distinct styles with two using masks. With the increased industrialization, change in economic conditions and new media, the art form has seen a decrease in participation.

Ladakh in north-India is home to many Buddhist monasteries where Buddhist lamas (priests) chant sacred texts representing the philosophy and teachings of Buddha. Different Buddhist sects have their own form of chanting. They are chanted everyday in the assembly halls as prayer to the deities for world peace and also personal growth of the practitioners.

An array of arts performed to mark religious occasions as well as various stages in the life of the Vaisnava people of the north-east Indian state, Manipur, Sankirtana narrates the lives and deeds of lord Krishna through song and dance. This vibrant practice also brings together and helps in developing an organic relation between individuals, community and nature.

The traditional technique of manufacturing brass and copper utensils by the Thatheras of Jandiala Guru in Punjab is unique in its own as the process of manufacturing is transmitted orally from one generation to the next. This metalwork is not only a form of livelihood for the Thatheras but also a definition of their community’s kinship structure, work ethics and status within the social hierarchy of the town. 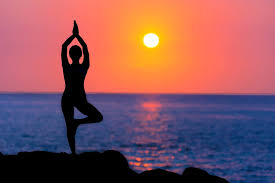 The ancient practice of Yoga today has attained international recognition with June 21 observed as International Yoga Day. It is based on the philosophy of unifying the mind with the body and soul with a series of poses, meditation and other techniques. It is designed to help individuals release stress and allow a state of liberation.

The Persian new year celebrated worldwide is also observed by the Parsi community residing in India with great pomp. It involves a variety of rituals, ceremonies and other cultural events observed for two weeks. The celebration brings families together along with contributing in building community solidarity and peace.

One of the largest human congregations in the world, the festival sees pilgrims coming together to take a dip or bathe in the sacred river, Ganges. With an important spiritual role in the country, the fair is held in four places- Haridwar, Ujjain, Nashik and Prayag every four year by rotation.