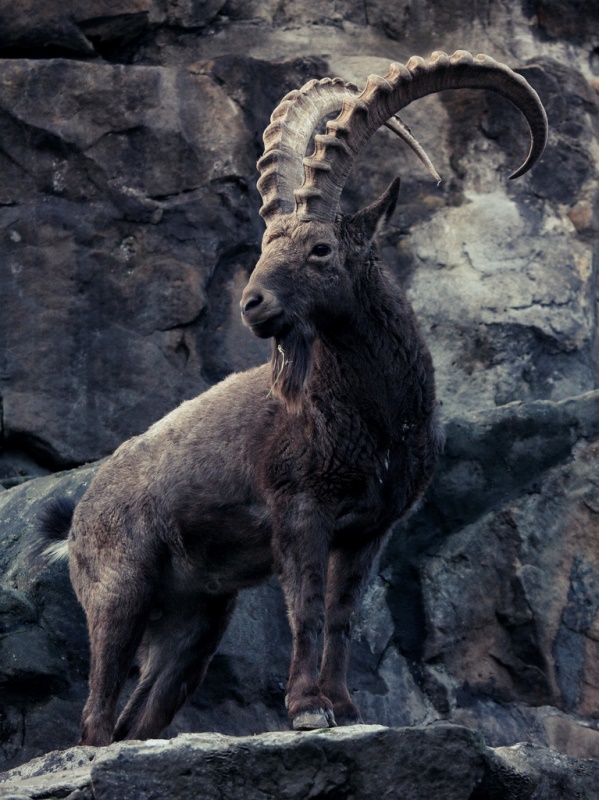 A recent study by scientists of the Zoological Survey of India (ZSI) has proved that Himalayan Ibex is a distinct species from the Siberian Ibex.

The study was funded through the National Mission on Himalayan Studies.

The National Mission on Himalayan Studies is implemented by the Ministry of Environment, Forest and Climate Change.

It targets to provide much needed focus, through holistic understanding of system’s components and their linkages, in addressing the key issues relating to conservation and sustainable management of natural resources in Indian Himalayan Region (IHR).

The study was based on genetic analysis conducted with the inclusion of the sequences available from all across the distribution ranges of Siberian Ibex.

Scientists presume that the ‘montane systems’, formed by a series of climatic oscillations and temporal topographic metamorphosis, have broken up the contiguous distribution of the species and accelerated allopatric speciation.

Allopatric speciation means speciation because of geographic and reproductive isolation.

The study also reveals that Siberian ibex is a polytypic species, plausibly formed by lumping of at least 2 species and or 3 to 4 sub-species.

Polytypic species are species that contain two or more subspecies.

Siberian Ibex is a species of wild goat.

From Mongolia, its distribution extends towards Altai, Hangai, Gobi-Altai, the Hurukh mountain ranges as well as Sayan Mountains near Russia and scattered populations in the small mountains of Trans-Altai Gobi.

In Asia, Ibex is distributed in the Montane habitats, ranging in elevations from 500 m to 6,700 m in countries like India, Kazakhstan, Tajikistan, Mongolia, Pakistan, Southern Siberia and China.

Its IUCN status is least concerned.

The Himalyan Ibex is distributed mainly in the trans-Himalayan ranges of the Union Territories of Ladakh and Jammu and Kashmir and Himachal Pradesh.

The ZSI was established on 1st July, 1916. It has its genesis in the establishment of the Zoological Section of the Indian Museum at Calcutta in 1875.

It is headquartered at Kolkata.

It functions under the Ministry of Environment, Forest and Climate Change.

It acts as the premier Indian organisation in zoological research and studies to promote the survey, exploration and research of the fauna in the country.