Christopher Dickman is Professor of Terrestrial Ecology at the School of Life and Environmental Sciences, the University of Sydney. A Fellow of the Australian Academy of Science, the renowned ecologist estimates that over a billion species of animals and birds have perished in the Australian bushfires. Speaking to Times Evoke, Dickman discussed why this number could be even higher, the implications for human beings — and how climate change has brought on this loss:

What are your current estimates of the animal and bird species lost in Australia’s fires?

At the moment, the estimate is above one billion — but it will certainly rise well above this. The reason the precise number is uncertain right now is because the data is strongest for the states of New South Wales and Victoria. The density of information we have is the strongest for those states. However, there are larger areas burnt in other states, like Queensland and South Australia. But we don’t have the same quality of density information for those areas yet. So, we know that many, many more animals will have been killed by the fires, but the numbers are still an estimate.

Which species have been impacted most seriously?

Several — one is the Long-Footed Potoroo. It’s a member of the kangaroo family. It is found in a small area in far south-eastern Australia, in places where the fires have been burning really intensely. There are two other small marsupials that occur in northern New South Wales, on the border with Queensland. One is called the Black-Tailed Antechinus and the other is the Silver-Headed Antechinus. So, that is three marsupial species lost straight away. Several other species have been impacted very badly. Among the birds, the Kangaroo Island Glossy Black Cockatoo, which occurs only on Kangaroo Island, has suffered the fires. These have also burnt out its habitat. There’s another marsupial called the Kangaroo Island Dunnart. Its habitat has been entirely burnt.

‘Humans will finally find themselves all alone’

The estimates for koalas are around 30% of this marsupial’s population being killed in central and northern New South Wales. This assessment is based on studies of suitable habitat, which indicate that more than 80,000 koalas have been lost in these fires. However, these numbers could be much higher if we include the areas burnt in southern New South Wales and Victoria. At the moment, these are the best available estimates.

What about small species and plants?

There are lots of narrow-range plants, with a small geographical range, that have been affected by the fires — some orchid species come in that category. Commercial bees have also been lost as the bee-keeping industry is located on the East Coast and many bee species there have been killed and their food sources destroy

What is a mass extinction?

I am still working out estimates but the invertebrate numbers lost will certainly be in the hundreds of billions. There is absolutely no doubt. 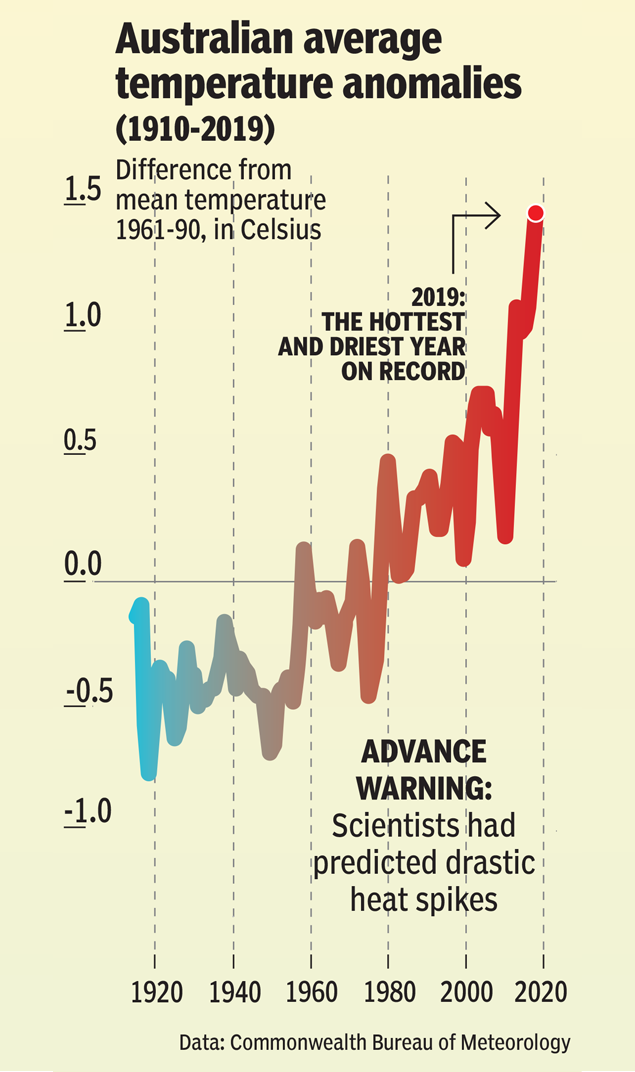 How does the loss of such biodiversity impact human beings?

In multiple ways. Many of these potentially lost species were found only in Australia. So, the loss of these species here means global losses because they occur nowhere else. This impacts food production as well. For instance, the loss of pollinator species, like the bees, impacts crops. Some of these species
are very important as they carry out seed dispersal and spore dispersal. Some contribute to soil health, digging in the top layers of soil and allowing rainwater in. They distribute nutrients and enrich the soil. Losing such species means it’s going to be much harder for ecosystems to recover after the fires.

Friends we have lost forever

Really important plant species are damaged as well — we’re seeing eucalyptus killed in the most severe fires. Many species, like the koalas, use the eucalyptus forests for their leaves. Other species depend on eucalyptus for its tree hollows, like parrots and cockatoos and the marsupial gliders and possums. With the fires killing large areas of these trees, and the trees falling over, it will be a hundred years before the tree hollows grow again — trees take one hundred years to grow big enough to acquire hollows.