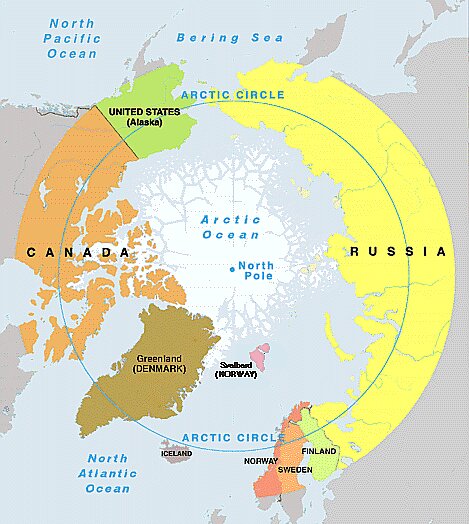 The Arctic Council is the leading intergovernmental forum promoting cooperation, coordination and interaction among the Arctic States, Arctic indigenous communities and other Arctic inhabitants on common Arctic issues, in particular on issues of sustainable development and environmental protection in the Arctic.

The Arctic Council works as a consensus-based body to deal with issues such as the change in biodiversity, melting sea ice, plastic pollution and black carbon.

The formation of Arctic Council can be traced in the establishment of the Arctic Environmental Protection Strategy (AEPS) in 1991 as a framework for intergovernmental cooperation on environmental protection initiatives among the Arctic States including Canada, Denmark, Finland, Iceland, Norway, Sweden, Russia, and the United States.

The AEPS tried to consult and engage Arctic indigenous people in recognition of their right over their ancestral homelands.

As a consequence of a growing recognition of the special relationship of indigenous peoples to the Arctic region, the Arctic countries assigned the special status of Permanent Participants (PPs) to the three IPOs, thereby giving them a privileged status compared to the other AEPS Observers.

Formation of the Arctic Council

The Arctic Council is a high-level intergovernmental body set up in 1996 by the Ottawa declaration to promote cooperation, coordination and interaction among the Arctic States together with the indigenous communities and other Arctic inhabitants.

The Council has the eight circumpolar countries as member states and is mandated to protect the Arctic environment and promote the economies and social and cultural well-being of the indigenous people whose organizations are permanent participants in the council.

It was established to provide administrative capacity, institutional memory, enhanced communication and outreach and general support to the activities of the Arctic Council.

Observer status: It is open to non-Arctic states, along with inter-governmental, inter-parliamentary, global, regional and non-governmental organizations that the Council determines can contribute to its work. It is approved by the Council at the Ministerial Meetings that occur once every two years